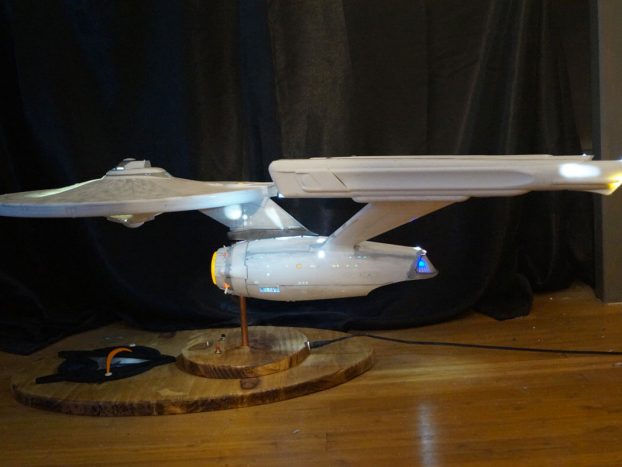 And that’s it, the first assembly test is done. Not easy. Not easy at all. Some details are still to be finalised but I can see the end of the tunnel after a 3 months work, about 80 hours. The real complication with this ship is the design itself : beautiful, elegant, so that the design will inspire almodt all of the others ships seen in Star Trek serials and movies. However, for the model maker, what a pain in the ass !

Most of the Sci-Fi starships look more or less like planes : a hull, wings, rear thrusters and that’s it. Just think about all the “Wings” and cruisers from Star Wars or the Eagle Transporter from Space 1999. And there… no.

What you get here is a flying saucer on which a big cigar is added with two heavy thrusters. The ship shows three vulnerable points : the base of the two pylons holding the two massive WARP engines and of course the base of the neck holding the main saucer. And dealing with that on a huge model like that is very complicated. Indeed, the ship is 80 cm length and has 3 kg mass, mostly inside the saucer.

And I wanted for cosmetic reasons the ship to be held by only one rod : 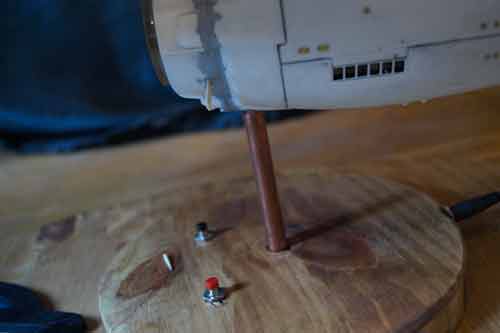 In order to avoid a long-term collapse of the ship, I had to insert a brass rod from the base up to the saucer : 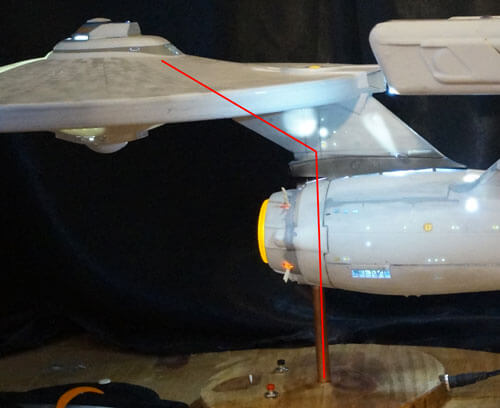 Still many work to be done

This assembly is only a test, not the final one. I stil have to assemble the four parts : the saucer and its neck, the two WARP engines and the cigar-body. In fact, I haven’t finished the body assembly which is very hard. I had to use many putty to link the body pieces together. 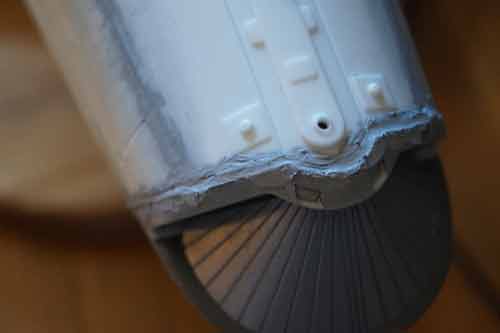 Never-ending sanding ans puttying sessions ahead on this part.

An important but often neglected part : the stand base

Considering the size and the mass of the model, I secured it by making an imposing stand. It’s a wooden ellipse on which i made the Strarfleet logo. The logo profile has been made by a friend of mine : l’atelier de Forgeciel. I made the rest with acrylic painting and plastic card. 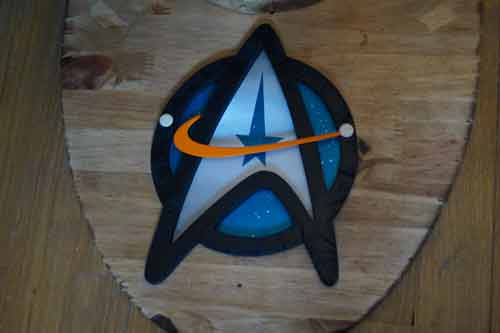 Posted on 20 June 2018 by petersteven in Work in progress