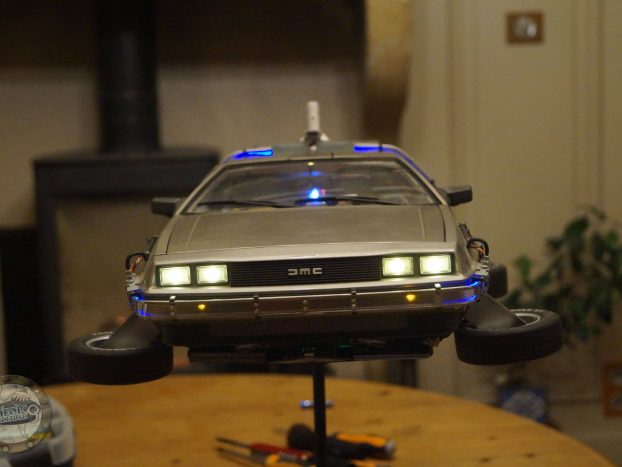 You already know all about my first post about the DeLorean by heart, here is the second one. This post is about the car evolution into the Flying DeLorean. Every big fan remembers the shock he experienced at the very end of the first Back to the Future when he saw the DeLorean taking off to travel to the future, 2015.

I got the idea to build a stand monted on a single brass rod. The stand had to show a proper representation of the underbody seen in the movie :

I couldn’t glue the underbody un der the car since I wanted it to feature the mark I DeLorean. The solution was to make the stand become the underbody as well.

The car is simply installed onto the stand, its weight serve as the glue. The stand is heavily detailed to feature the underbody seen in the movie. It is lighted and thus also electrified.

The current is brought to 4 connectors linked to the wheels when the car is upstairs. This is the main problem of the set-up : finding the connectors and connect them to the wheels.

The rod is just below the center of gravity of the car to avoid the car toppling. The joint is made with a huge amount of epoxy glue. In addition, the glue secures the electric wires.

The result, once the flying DeLorean in place :

The assembly of the wheels

The main modification is about the wheels inclination. Indeed, the vertical thrusters are inside the wheel’s hub and those have to tilt in flight.

The creators of the model from Eaglemoss anticpated th possibilty of tilting the wheels. The apparatus doing that is clever but unfortunately too far from the shooting model as you can see in the picture on the left. The wheels flap too low in relation too the underbody and the triangular metallic support is missing.

I had te redesign the apparatus. The main disadvantage is that I must totally unscrew each wheel (including the disc brake) to perform the transformation. Therefore I need 20 to 30 minutes to do it while I needed only a few seconds to do it with the original apparatus.

The next picture is a screenchot showing the tilt apparatus of the flying DeLorean :

We can easily see the triangular supports. Furthermoren the wheel are not as low as they are in the Eaglemoss model. Since I wanted to remake the all stuff, I decided to add the light inside the wheels to improve the rendering.

i bought a new 4-wheels bundle and made new supports for each one. Three DEL’s have been added, linked to a connector.

In order to position them, I attached some hooks (one for the aft wheels, two fir the rear ones) shown in the picture below.

Then, the wheel are attached directly on the original metallic part, once the car is on its stand.

The last huge improvement from the first episode’s model is the fusion generator, replacing the the 80’s nuclear reactor powered by plutonium.

The DeLorean designers made the Mr Fusion generator from a real 70’s electric coffee grinder for the purpose of the film. This device was already used in the first Alien movie in 1979.

No big deal with this one, only a screw concealing, the screws being too big for the scale. The holes where filled with putty and painted whit a gloss white paint.

Posted on 23 December 2020 by petersteven in 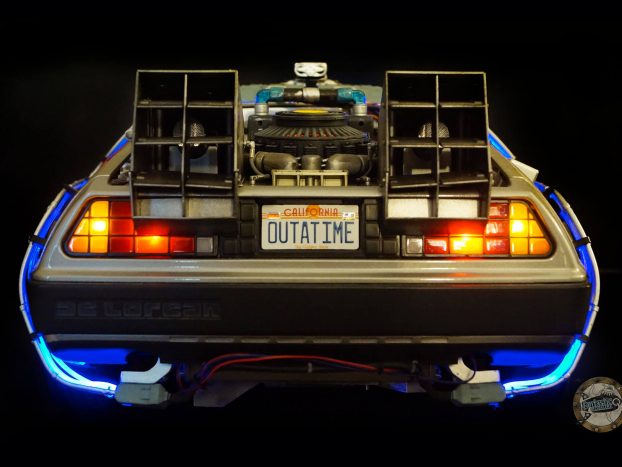 I wanted to make a DeLorean for years. Possibilities were not infinite. There is an acceptable Aoshima kit (reviewed in french by my friend Yvan West Laurence here) but when I learnt three years ago the publication of an “easy to do it yourself kit” from Eaglemoss including only 458 issues at the special price of 15$99 each, I didn’t hesitate one second. So this article is about the Delorean Eaglemoss assembly and of course, the result.

Posted on 17 December 2019 by petersteven in 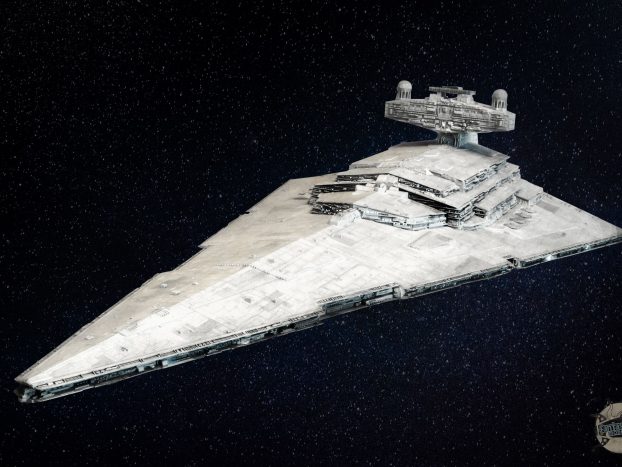 The kit is high-quality, the level of details is satisfactory. Just a small flaw, it seems that the kit is a mix between the different shooting models. Indeed, the model from A New Hope and the Empire’s ones are quite different. I will review those differences in a further post in the Analysis category.

Posted on 23 November 2019 by petersteven in 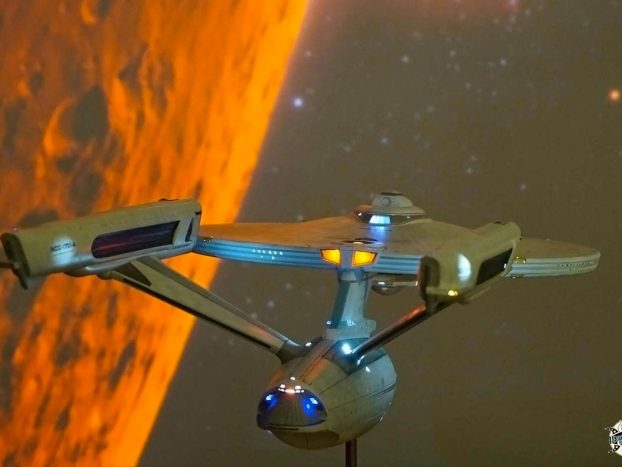 Building an Enterprise model is not very easy. First you have to choose the version you want : a lot of them are available. The Polar Light kit I used allows to build two versions : the NCC-1701 (seen in episodes 1,2 and 3 during which she is destroyed) and the NCC-1701-A. I chose this one because fo the blue tints I liked muche than the green ones one the original vessel.

The interior fittings of the U.S.S. Enterprise NCC-1701-A

The U.S.S. Enterprise NCC-1701-A is seen in three movies (episode 4, 5 and 6) and you can never see the arboretum (a complicated name to name a garden). I watched every movies and every Star trek episodes ; if on shows the arboretum, I missed it. I dont’ know where Polar Light picked up this idea. Nevertheless, it’s a good one.

I’ve just re-built the trees, the water and the bushes. A photoetch kit does exist to improve the mini-diorama but it’s expensive and once the ship is closed, you can see almost nothing. I worked by improvisation, as usual. The ceiling was an ordeal. It had to be transparent for ligthning effects and painted to be realistic. I made an insane masking which took several hours… and won’t be seen at the end ! Such is the fate of model makers.

Just imagine hundreds of 1/2 mm cuts I had to do to make this masking. The masked parts are to be transparent to let the light pass threw them. The free parts were painted with silver and dark grey layers. The all stuff was klir varnished.

You can find additional details on the inner-parts design in the “work in progress” articles I made earlier.

As general rule, this assembly was first a masking techniques experimentation. To simulate the light spots ont he ship surface, I painted the interior surface with a silver and then black coat with the exception of the few areas I wanted to let le light pass threw. You can see the result jeust below, in the gallery.

The ship’s body, the “cigar” received a very complicated paint. I had to use masks from the Aztek brand. Cutting them by myself would have been way too long and the result probably not as good.

An interesting feature about the Enterprise is the lightup complexity. And it must be admitted that it is really a beauty. If you have 2 ou 3 hours to waste, click on this ce lien to watch the “self-abuse Enterprise scene” as a friend of mine calls it. The lightup litterrally brings the model to life. To recreate this complexe lightup, I had to buy a kit sold on the Trekmodeler website. Very expensive but very beautiful. With hindsight, I think I could have conceive this lightup by myself using an Arduino chip. Next time.

Posted on 16 November 2018 by petersteven in